I help coaches, influencers, and personal brands turn knowledge to profits with retreats, memberships and courses

You might be surprised to hear the best thing you can do about failure is embrace it.

If your presentation bombed or you didn’t get that promotion, or your big sale fell through, or you flunked that exam, embracing your failure is probably the last thing you want to do.

But take it from experts, the key to success is learning to reframe failure.

1. Failure is an opportunity to learn
You cannot learn without making mistakes. No one learns a new skill right off the bat. It just doesn’t happen. Remember when you learned to ride a bicycle? You had to fall off a certain number of times before you got your balance and learned how the whole thing worked. Then one day you just got it.
So many skills and accomplishments are like that. That’s how science works. You have an idea and test it, experiment, it doesn’t work, you try another way. No scientist expects to get it right the first time.
2. Failure builds resilience
If you persist in the face of failure you are much more likely to succeed. It took Sir Edmund Hillary three attempts before he reached the top of Mt Everest. He had to find the routes that didn’t work before he could finally succeed.
Successful people are not crushed or paralyzed by failure. They see mistakes as clues, what not to do on the way to reach their goal. Most of the time failure is not a moral issue, so don’t take it personally. Reframe mistakes and view them as important information.
3. Failure takes you closer to success.
Once you reframe failure as data, you can see that even if you make a mistake or a misstep, you are still moving forward. Failure is only a disaster if it makes you give up. Often a failure ends up being a blip on the way to success, and that’s all. Try to take the long view. With hindsight, chances are no one will remember today’s flop.
4. Failure can make you a better person
Regardless of the size of your failure, whether you bombed the interview or went bankrupt, people will remember the way you behaved in response to failure. If you pick yourself up, recalibrate, behave graciously and keep going, your failure is likely to end up winning you friends and allies.

Embracing and learning from failure and acknowledging your imperfection can make you a more empathic person, a better team player, and a better boss. 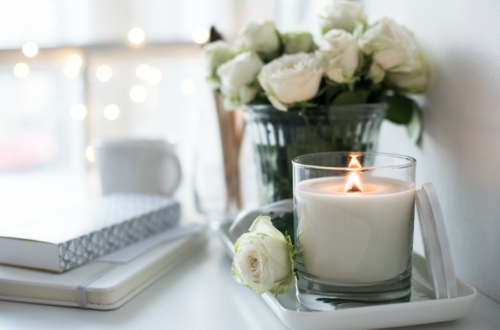 5 Reasons Why Change is Good for Us